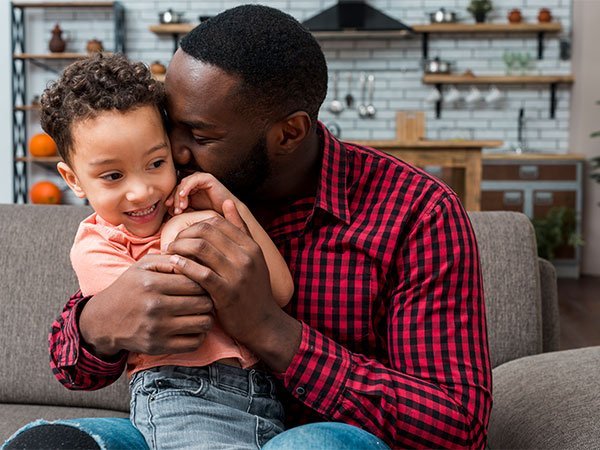 We started our foster parent journey about 5 years ago. Originally we had been certified in Summit County, CO for 2 years without receiving any referrals for foster children. We where given Kerri’s information from our caseworker and recertified with Courage and as soon as we got certified in Denver we received our first fosters.

They were a sibling pair of a 10 month old girl and 2 year old boy. We fell in love instantly. We only had them for 10 days but we gave them as much love as we could squeeze in. We instantly knew from the first day that we had to be there advocates. The little girl was covered in bruises and scratches and from the time we had her she could not be put down without screaming. The little boy was unusually quiet and we had no history on these children. We were told by CPS that there was nothing wrong with these children even after many visits to urgent care and documenting the bruises. It was extremely frustrating. But the love you have instantly for these children carries you through the difficulties of the system. Kerri was an amazing support and go too person from the beginning. I could imagine not having someone by your side that knows all about the system and how to protect ourselves.

After 9 days of getting nowhere I finally took the little girl to the ER and said I wanted her entire body scanned to see if there is something we were missing. We found out she had bilateral skull fractures and the next day the kids where pulled from us with only 20 minutes warning. It was a tremendous blow for us. We also found out later that the little boy was deaf and no one told us. I didn’t think we would do it again after that. With Kerri’s support we tried again a month later and took in another sibling pair. 40 days later they went to friends of the bio family, but we had learned very quickly that you have to realize that there is a bigger picture and to try and go with the flow. That things happen for a reason. The night before the sibling pair left us we received a referral for a 4 day old baby boy needing placement. We immediately said yes. He was so tiny and fragile. We took him home and 2 and a half years later we are just waiting on an adoption day and we will be his forever family.

The last 2 1/2 years has been a roller coaster. We could have never done this without the support of Kerri and the other foster families in this group. As difficult as it has been, I would do it all over again. We have our own little community of love, support and encouragement, and I am so thankful to be apart of it.